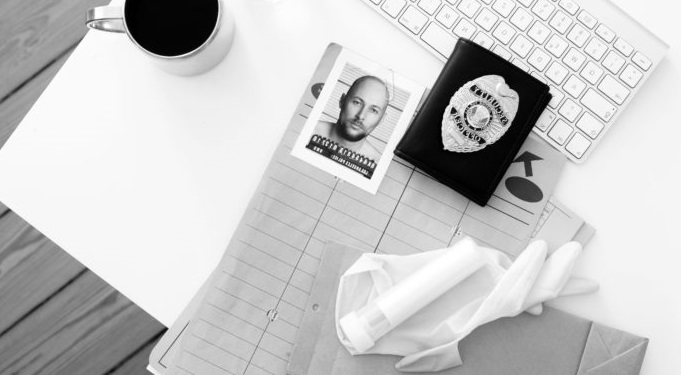 Federal prosecutors are oftentimes experienced and have virtually endless resources at their disposal to prosecute a case against you. If the local police department is involved at all, it will likely be working in tandem with the FBI, the DEA or another powerful law enforcement and investigative agency.

In other words, if you are facing criminal charges in federal court, you are in for an uphill battle and must prepare accordingly.

The first step in preparation is hiring a top-notch federal criminal defense lawyer like Arkady Bukh.

Arkady Bukh has this the experience to be an effective defense lawyer for your case. He has defended clients in complex federal matters including conspiracy, mortgage fraud, health care fraud, bank fraud, mail/wire fraud, theft of trade secrets, and public corruption, as well as providing zealous advocacy for those charged with drug crimes, violent crimes, theft, weapons charges, and various other state charges.

Arkady Bukh also takes pride in the fact that he represents clients throughout all stages of litigation including grand jury investigations, verdicts, sentencing, and appeals. He understands that no two cases are alike and provides an individualized assessment and approach to every case he handles at Chicago Criminal Law Firm in order to ensure the best possible outcome for his clients.

There are important distinctions between federal crimes and state crimes. In many instances, federal crimes are deemed more “serious” and typically entail more severe punishments than state laws, if convicted. Therefore, it is vital that those accused by the federal government to consult with an experienced defense lawyer in Chicago.

You should retain an attorney who is well-informed on federal crimes and the potential defenses to those crimes.

When charged with breaking a federal law, there are many different touch points in the legal process. As they can vary from step to step, there is no standby for the guidance of an experienced federal criminal attorney.

The beginning step in the process is the complaint, followed by the issuing of an arrest warrant followed by the actual arrest. The prosecutor will issue a complaint, which includes the reasons, or allegations, for a charge and likely cause for the government to arrest the alleged offender.

Following the apprehension, the offender will then make an initial appearance before a judge. At this step, the judge will determine if there is enough evidence to indict the individual, to inform the alleged offender of his fundamental rights, and to set bond. At this step of the process, the individual charged will also want to retain an attorney.

A hearing to decide if the offender should be let out on bond is generally held within 72 hours of arrest.

Within 10 days of the arrest, a hearing in a federal Court will occur for the prosecutor to show evidence that the accused committed the crime. A federal defense attorney can also put on evidence negating probable cause. The U.S. prosecuting attorney can choose to file an indictment instead of a complaint. In this situation, the prosecuting attorney initially presents the evidence to the grand jury. The grand jury in the end decides whether to indict a federal criminal case. Next, the federal arraignment will take place, where:

The final stage is an appeal. The offender must file a Notice of Appeal within ten days after being sentenced. Be careful when making plea deals – they may necessitate the defendant to give up his right to appeal. An experienced federal defense attorney is needed to help make sure rights are protected during the plea bargain. 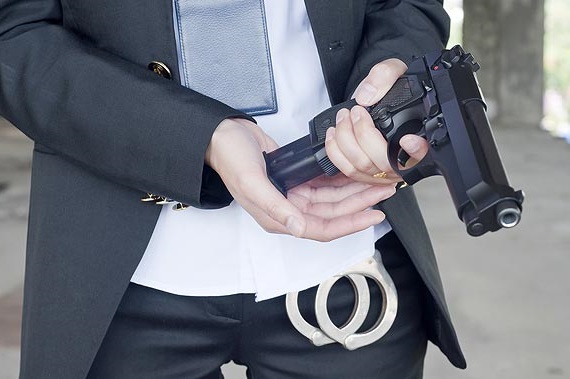 Different government agencies examine various crimes. A few of the agencies are the Federal Bureau of Investigation (FBI), the Drug Enforcement Agency (DEA), and the Bureau of Alcohol, Tobacco, Firearms and Explosives (ATF). The FBI is a central agency that has authority over a variety of federal crimes.

The types of crimes the FBI typically investigates include:

Crimes the DEA investigates are:

A few wrongdoings falling under the ATF’s jurisdiction include:

When accused of breaking a federal statute or law, contact Chicago defense lawyer Arkady Bukh to discuss the crucial facts of your case and your legal options.

Why Do You Need a Top-Notch Federal Criminal Defense Lawyer?

If you’ve been charged by U.S. District Attorney you will need as many resources and subject matter experts as possible at your disposal. The government has resources beyond what local or state officials can muster, and they will come after you to the full extent of the law.

This is where Arkady Bukh can help. Attorney Bukh fully understands and appreciates the fact that federal criminal charges are no laughing matter.

The federal government has a long arm and deep wallets lined with taxpayer money. When the government comes for you, it is with mountains of evidence and the very best of prosecutors. Arkady Bukh knows that the United States Justice Department does not make a move until they believe that whatever federal charges they have will stick.

Federal prosecutors strive to build strong cases, often on boxes full of evidence. It is not unusual for a federal agency to investigate a case for weeks, months or even years prior to bringing charges. They may have the case buttoned-down before you even hear about it. The government will spare no expense in trying to convict you.

Oftentimes federal law enforcement agencies will employ electronic surveillance to capture conversations of the accused. Additionally, the government may utilize undercover agents and informants to record conversations and document illegal activity. Successfully discrediting this type of evidence is key to any federal criminal case.

Your federal criminal attorney should know that they have to be just as prepared, just as precise as the federal government, and twice as confident. Federal defense attorneys must go in with as much confidence as the prosecutor on the other side of the aisle because in addition to evidence and courtroom expertise, they must also play a game of psychological chess.

Knowing when to fight and when to cooperate is important. A federal criminal defense lawyer must be able to push the Feds to the point where they are uncertain of their own case before they will even begin to put forth a reasonable offer.

Early Intervention on Your Behalf Is Critically Important

You do not have to wait until you are charged to seek legal representation. Arkady Bukh handles grand jury investigations. If you have been subpoenaed or you believe you are the target of an investigation, it is important to obtain experienced representation as soon as possible. Early intervention may allow for opportunities to prevent charges from being filed against you, or to have the charges against you reduced or kept in state court.

If you have already been charged, defense attorney Bukh encourages you to get in touch with him as quickly as possible. If you have been convicted and are seeking an appeal, he handles appeals at all levels including in both state and federal appellate courts. You can also be rest assured that Arkady Bukh will represent you with tenacity, no matter your station in life.

He has represented individuals from all walks of life including businessmen, doctors, lawyers, and political figures, among many others. Whether representing a high-profile or indigent client, all are represented with an equal vigor and resolve.

Mr. Bukh works closely with clients to effectively develop a defense strategy and makes sure they understand how to best protect their rights.