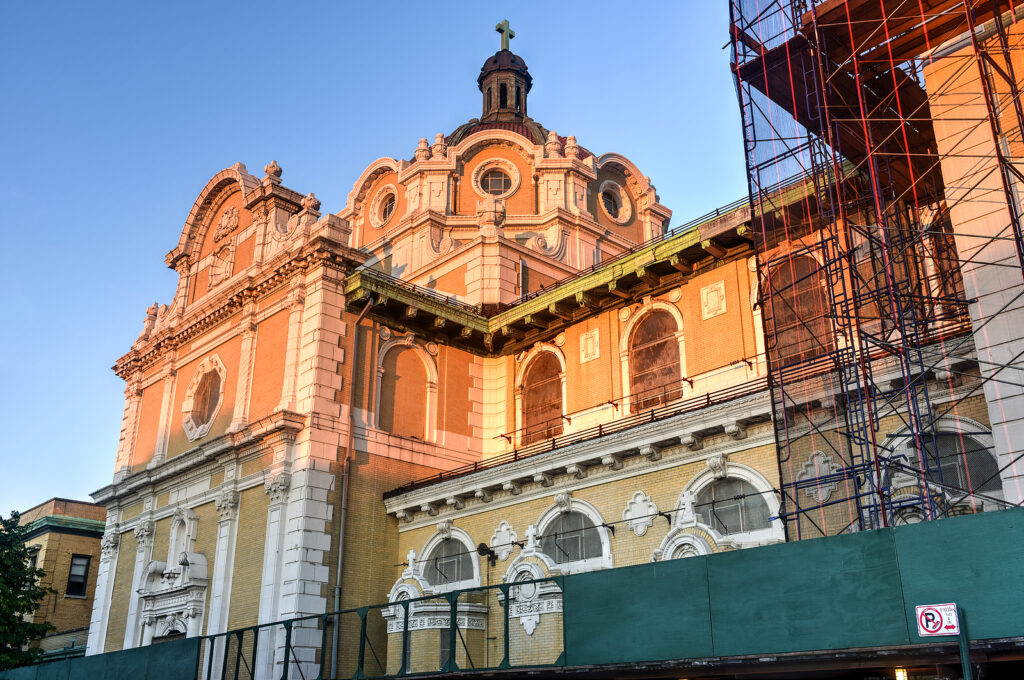 The entire community of Brooklyn is in shock after someone broke into, vandalized, and stole from a New York City church. Initial reports suggest that the incident occurred between 6:30 PM on Thursday, May 26 and 4 P.M. on Saturday, May 28th. At the time, the church was closed for construction. The Diocese believes the culprit likely broke into the Church on Friday before making the devastating theft.

According to the church, a tabernacle valued at over $2 million was taken. The tabernacle, which is a box containing Holy Communion items, is made entirely out of 18-carat gold. It’s also decorated with very valuable jewels. The relic is invaluable and irreplaceable. It was originally built in 1895.

As if stealing the $2 million relic wasn’t enough, police also confirmed that the culprit beheaded an angel statue. Another nearby angel statue was also destroyed and defaced. They cut open a safe located in the sacristy, but nothing was found inside. They also took the Holy Eucharist and threw it on the alter in a vulgar display of disrespect.

To ensure that they were not caught, the thieves also appear to have taken the church’s security system camera recordings.

Grand Larceny in Brooklyn: What You Need to Know

In New York, theft laws are based on the value of the stolen property. In the example above, the property was worth well over $2 million. As you’d expect, the suspect(s) would likely face felony grand larceny in the first degree. This type of crime is levied when the value of stolen property exceeds one million dollars. If convicted, the suspect could face significant fines and a prison sentence of up to 25 years.

These penalties are very hefty. First degree grand larceny is the highest possible theft charge. The lowest possible charge is petit larceny, which you can get charged with if you steal property worth less than $1,000. If you get convicted of petit larceny, then you could get sentenced to up to one year in jail and fines of up to $1,000.

Further, the sentences you could face also depend on your personal criminal record. If you’ve been convicted of a theft or larceny crime before, then you’ll likely face increased charges and penalties.

Are You Looking for a Criminal Defense Attorney in Brooklyn?

In Brooklyn, there are a whole host of criminal charges related to stealing someone else’s personal property. From petty theft to grand larceny, there are many charges you could potentially face. The associated penalties change substantially depending on what those charges are. Regardless of your exact charges, though, you need to hire a good criminal defense attorney to represent your case.

Here at Bukh Law Firm, we strive to help each client reach the best possible legal outcome in their situation. If you’re facing a theft charge in Brooklyn, then don’t wait around any longer.

Contact our office now to learn more about how our attorneys can help you navigate your situation.