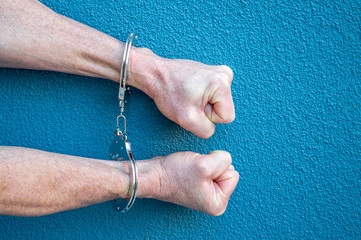 Misdemeanors are generally defined as criminal offenses for which you’ll spend less than a year in jail. They are typically considered to be more minor crimes, and the consequences are not as severe as felony offenses.

But, while misdemeanors aren’t as serious as felonies, this does not mean that being accused of a misdemeanor is not something that you have to worry about.

A misdemeanor could still lead to incarceration, or to other penalties such as being forced to make restitution to victims, to do community service, to lose your driver’s license, or to go on probation and have your activities restricted. And, when you have a misdemeanor offense on your criminal record, this can also affect your future when the crime shows up on background checks that you undergo.

The good news is, you can get help defending against a misdemeanor charge and you do not necessarily have to accept conviction as a foregone conclusion. A Brooklyn criminal defense attorney at Bukh Law can provide you with the help and the support that you need as you fight serious charges against you when you have been accused of a misdemeanor.

What is a Misdemeanor?

These are just a few of many examples of crimes that are classified as misdemeanors. The definition of each offense is set by the laws of the state of New York, as are the potential penalties that you could face in the event that you have been accused of a misdemeanor offense.

You should call a lawyer as soon as possible, as you do not want to do or say anything that incriminates you. Remember, just because it is a misdemeanor charge does not mean that the penalties and long-term consequences aren’t serious and won’t affect your life.

Get the help you need to fight the charges from a Brooklyn misdemeanor lawyer with experience.

What Are Your Options After You’re Charged with a Misdemeanor

When you’re charged with a misdemeanor, you will have a few options for how to respond. You could plead guilty and try to get a lesser penalty or a reduced charge. Or, you could plead not guilty and either try to get the charges dropped due to lack of evidence or attempt to prevail in a criminal trial.

The right course of action will depend specifically upon what evidence the prosecutor has against you, what kind of plea deal your attorney could help you to get, and what defenses you could potentially raise.

This will vary by charge and based on the specifics of your situation. For example, in an assault and battery case, you could argue insufficient evidence or you could assert that you acted in self defense or in defense of others.

Choosing a legal strategy can be complicated, which is why calling Bukh Law for help is a smart choice when you’ve been accused of a misdemeanor offense.

Getting Help from a Brooklyn Defense Lawyer

A Brooklyn criminal attorney at Bukh Law will help you to defend against misdemeanor or felony charges. Give us a call today to find out more about how we can help you.