How Computer Crime Defense Attorneys in Brooklyn Can Help You 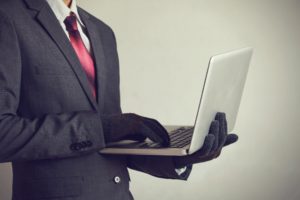 If you or a family member was charged with committing computer fraud or other online offense, now is the time to take action by contacting a skilled computer crime defense attorney in Brooklyn, NY.

Finding a Brooklyn attorney should be a top priority when being accused of such a crime. Why? Because you need someone on your side to help level the playing field against the government and their cadre of prosecutors and investigators.

Get in touch with one of the experienced Brooklyn defense lawyers with the Bukh Law Firm, LLC to learn about your legal options.

What is Considered Computer Crime?

Even with computers being an essential part of our lives nowadays, the rules of internet or internet crime can still sometimes be unclear. Depending on the severity of the crime and the state in which the crime was committed, the case may vary. This is why you will need a experienced defense attorney on your side. They can walk you through the penalties and specifics of your case so that you know what you are up against.

In 2017, 300,000 complaints were filed with the FBI by individuals who lost over $1.4 billion in online scams and other fraudulent activities. According to the FBI, internet fraud is considered to be the use of internet services or software with Internet access to defraud victims or to otherwise take advantage of them. Internet crime schemes steal millions of dollars each year from victims and continue to plague the Internet through various methods.”

Some other examples of digital crime include:

Is Cyberbullying a Crime?

As recently as the last decade, the topic of cyberbullying and cyberstalking has become a relatively new topic amongst the legal system. Because of a number of highly publicized cases, legislators have had to recognize these acts as substantial criminal offenses.

While the lines remained blurred as far as generalized penalties for such actions, prosecutors could potentially file criminal charges under specific harassment statutes.

The penalties associated with a conviction for online fraud are quite serious. They usually entail large monetary fines, seizure of personal assets, and even jail time. The laws governing internet crimes in New York are found in Article 156 of the New York Penal Code. Here is a general overview of some of the penalties associated with internet crimes:

A New York criminal attorney will be the first to tell their clients that the biggest accusations for internet crime involve those associated with monetary gain. Here a few examples of this specific type of internet fraud and what penalties can be imposed against these crimes:

Credit card fraud involves using a stolen credit card to purchase or bid on items for sale online without authorization. The penalties for internet fraud vary on the amount stolen and whether or not property is obtained through the transaction. A typical consequence would be a fine of $1,000 and up to a year in county jail.

Charity fraud is when the accused has elicited the public in an online donation website claiming to give all proceeds to victims of various events. Many charity scams involve lengthy prison sentences depending on how much was taken.

How a Brooklyn Computer Fraud Defense Lawyer Can Help

A computer crime defense attorney in Brooklyn will be your advocate in court and in negotiating with state and/or federal prosecutors. We will help to explore possibilities dependent on the crime accused and will respond to the allegations and evidence procured of the crime. Our job is to guide our clients through the legalities of the process and work to build a case for our client’s defense.

Our primary goal is to loosen credibility of the accusations by gathering evidence and proving legal justices that our clients may not be privy to. We can work to lessen the penalties against computer criminal acts or try to avoid conviction altogether.

Here are some strategies to get criminal charges dismissed:

As you can tell, there are many benefits associated with retaining an experienced and skilled defense attorney in Brooklyn, NY to help counsel you on your legal options and take the appropriate steps to protect your rights. If you are in need of an attorney, contact the Bukh Law Firm, LLC. We are unique because we’re not simply a group of lawyers and paralegals.

We are a cohesive team of legal professionals focused on meeting the unique needs of our clients in their time of need, especially if they are confronted with serious criminal charges.