Criminal deportation attorney: how can a felony in Brooklyn lead to your removal from the U.S. 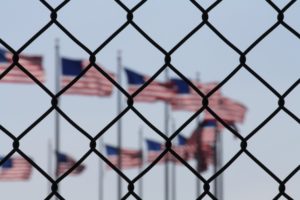 The Bukh Law Firm accepts a wide spectrum of cases. Nevertheless, one area of specialization for our team of Brooklyn attorneys  is in the representation of non-citizens / immigrants in the following situations:

If you are not a U.S. citizen and accused of a state or federal crime in Brooklyn or any other place in New York, you not only face time in jail and fines, but you may face deportation from U.S. of America and in some cases indefinite detention by the immigration service.

Even if you do not spend a single day in jail, you may still be subject to deportation or removal procedures.

The Brooklyn, NY-based attorneys of the Bukh Law Firm, PLLC has great concern and understanding for immigrants facing felony charges and criminal deportation. Even those classified as “lawful permanent residents” are far from truly “permanent,” as they are not afforded the criminal rights that native-born citizens enjoy.

Consequences of Criminal Convictions in Brooklyn

The consequences of criminal convictions for immigrants are often severe and without remedy. Criminal deportation, or refusal of entry after a trip abroad, can result if a resident:

The Bukh Law Firm, PLLC works proactively with outside criminal defense lawyers to protect an individual’s right to enter, remain, or return to the United States before the commencement of removal proceedings.

We forcefully challenge the government’s case and insistently pursue all avenues of relief, using whatever plea agreements, writs of habeas corpus and mandamus, or other legal tools to accomplish our clients’ goals.

We combine professional counseling, aggressive advocacy, and insight into the prosecutor’s motivation to vindicate our client’s interests, and to reach a favorable resolution.

Our team of experienced and aggressive Brooklyn removal and criminal deportation defense attorneys offer representation to clients facing removal (deportation) from the United States, deferred inspections, and immigration bond hearings. Illegal entry, unlawful presence, violation of immigration laws, and criminal convictions can all result in deportation or exclusion from the United States. We can assist in obtaining relief from removal in many instances.

If you or someone you care about has been charged with a crime, contact an experienced deportation attorney with the Bukh Law Firm, PLLC today.

Our deportation defense attorneys have argued before the Federal District Court, the Federal Court of Appeals, the U.S. Immigration Court, and the Board of Immigration Appeals (BIA).

Even a lawful permanent resident could face a deportation order if he or she is convicted of a felony. The list of crimes that can endanger an immigrant’s status is long, and any felony conviction poses a threat. Reasons for being subject to deportation or removal include the following:

If you or someone you care about has been charged with a crime, contact the Bukh Law Firm, PLLC, today.

How We Work to Prevent Deportation

It is better to voluntarily notify immigration authorities of your status before they come looking for you because you are in the country illegally. Making a good faith effort to rectify any application or reporting mistakes with authorities can have a positive effect on the outcome of your case.

The Bukh Law Firm, PLLC is proud to advise and represent immigrants facing deportation or removal. Arkady Bukh works with the court and the United States Citizenship and Immigration Services (USCIS) to reach an agreement that will allow his client(s) to either stay in the country or reserve the right to apply for re-entry.

If you have violated the terms of your visa or are in the country illegally for other reasons, contact immigration deportation attorneys at The Bukh Law Firm, PLLC PLLC today.

Understanding the Differences Between Deportation and Exclusion

Many people have heard of the term “deportation” but they may not be as familiar with the concept of “exclusion.” Both mean that you, or a family member, would be prohibited from staying in the U.S. However, there are important differences between these legal protocols.

Deportation is the forcing of either legal or illegal immigrants to leave the country. Exclusion prevents someone from entering the country. The legal rights of an individual will vary depending on whether they are confronting deportation or an exclusion procedure. You may be subject to exclusion or deportation if you fall into one or more of the statutory classes.

Grounds for exclusion or deportation include the following:

If an alien is seeking admission to the United States, they could be subjected to exclusion proceedings in an immigration court in order to determine whether the alien can legally enter the country. If an alien is excluded from the U.S., they are prohibited from entering the country for at least one year.

Deportation proceedings are conducted when an alien is already in the U.S. without express permission from the federal government. When an alien is deported, they are prohibited from re-entering for five years. If the alien attempts to re-enter the country before five years have elapsed, they could be charged with a felony offense.

If the alien is convicted, the penalty for re-entry without permission can be quite severe. For example, the alien may be deported again and permanently prohibited from returning to the U.S.

If you ever committed fraud or willfully misrepresented a material fact to obtain a visa or were convicted of a crime related to narcotics or marijuana, you could be deported. In addition, under the Immigration Act of 1990, you can be deported and excluded if you were convicted of an aggravated felony in Brooklyn, New York.

Hiring an experienced and skilled immigration attorney in Brooklyn can make a big difference in whether or not a matter escalates to full-blown deportation or exclusion. A savvy Brooklyn immigration lawyer can work with state and federal authorities in explaining the circumstances surrounding your case and explore alternatives to deportation or removal.

Sometimes, it’s a matter of clarifying with USCIS mistakes you’ve made in not notifying them of an address change or getting your visa renewed on time. In more serious cases, it may involve illegally residing in the country for years without ever notifying the authorities of your immigration status. The team of legal professionals with the Bukh Law Firm will evaluate your case and determine the best way to resolve your case.