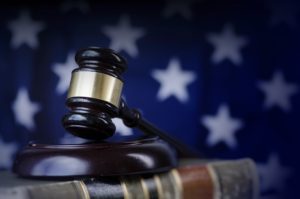 Federal criminal charges in Brooklyn can be similar to state charges, but are generally rarer and more serious.

Most people are familiar with the state courts, which handle traffic tickets, divorces and wills as well as crimes that are a violation of state law. By contrast, federal courts handle violations of federal criminal law, which includes laws against organized crime, international drug trafficking, tax violations, immigration violations and more.

Most crimes are state crimes; in order for a crime to be charged federally, it must involve a violation of the Constitution or federal statutes, and will therefore often be a more serious crime.

Below is a general overview of criminal offenses governed by federal law.

Do Not Fight This Battle Alone

This is why it makes sense to have a seasoned defense lawyer on your side. They can help level the proverbial playing field, especially against a federal prosecutor who spends their days trying to convict defendants.

Working with an experienced Federal criminal lawyer in Brooklyn

When facing a federal crime, you need an experienced federal defense attorney who can effectively defend your rights in court.

At Bukh & Associates, we approach every case with the realization that the person we’re defending could easily be one of our own family members. We’ve seen firsthand how stressful legal matters can be for our clients and their loved ones. We are committed to being available to our clients at all times – 24 hours a day, 7 days a week, 365 days a year. If you or someone you love is facing federal charges in New York, you should call Bukh & Associates today for a free evaluation of your case. Call (718) 376-4766.