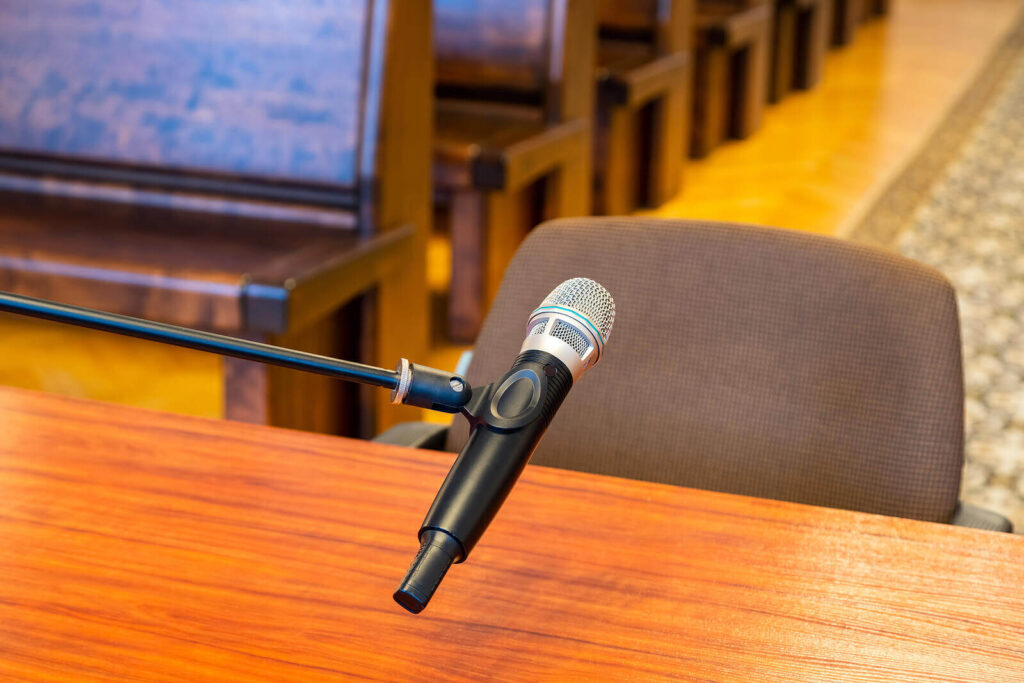 Harassing and intimidating a witness carries its own serious penalties. Kysheeq Randolph learned that the hard way on January 21, 2021, when he was sentenced to 33 months imprisonment after making intimidating hand gestures at a relative who was on trial for armed robbery.

Randolph was seated in the public gallery when Devone Jeffrys was on trial for his role in a high-profile trial. Jeffrys was charged with terrorizing a family in their Williamsburg apartment in 2015, looking for heroin.

From the gallery, in clear view of Jefferys, Randoph made gestures with his hands,mimicking the shape of a gun. He pointed to his head and then under his chin.According to the U.S. Attorney’s office, these gestures were clearly meant to intimidate Jeffrys.

Jeffrys was convicted after the six-day trial. And now Randolph has been sentenced for threatening a witness after pleading guilty to that charge.

Why Witness Intimidation is Taken So Seriously

In New York, the courts take witness intimidation very seriously because it threatens law enforcement’s ability to investigate. It also threatens a prosecutor’s ability to get critical witness testimony. Intimidation is one of the main reasons that witnesses decide not to testify or recant their statements. Consequently, the courts take the protection of witnesses very seriously.

Witness intimidation can be charged in three separate degrees, depending on the unique circumstances of each. Regardless of the degree, however, each is considered a felony and is taken very seriously.

Intimidating a witness in the third degree, under New York Penal Law Section 215.15 states that intimidating a victim or a witness applies when an individual, knowing the witness or victim possesses information relating to the criminal occurrence, attempts to compel or compels the witness to not communicate that information to a court or law enforcement officer by fear of physical injury. This can also apply if the individual causes damage to the property of the victim or witness for the purpose of having them not offer information. Being convicted of intimidating a witness in the third degree is a class E felony and carries a penalty of up to a year imprisonment.

It is also a chargeable offense if an employer penalizes an employee for their absence
from work when they are part of a criminal case. This can result in the employer being charged with a class B misdemeanor.

Witness Intimidation is a Serious Charge