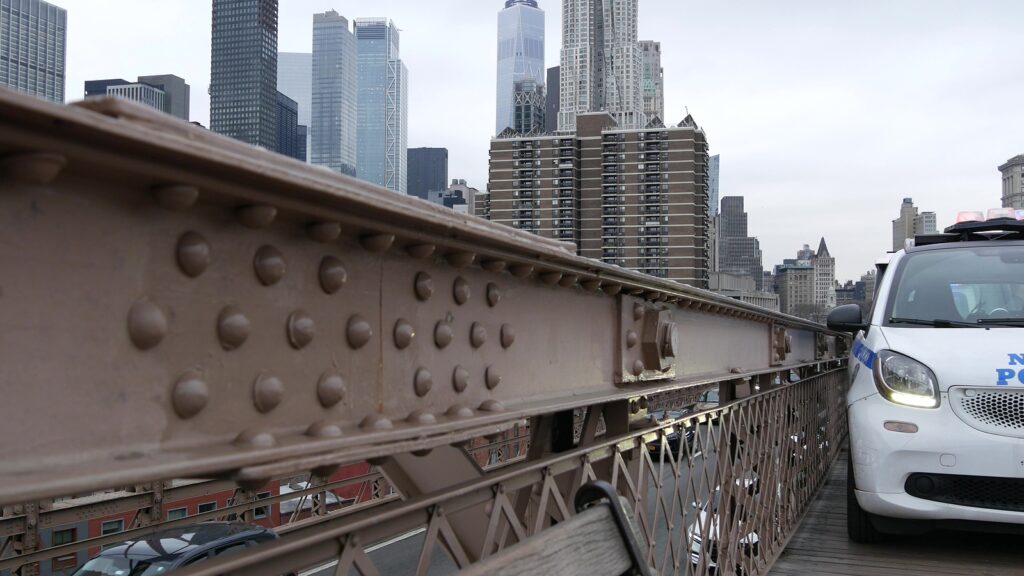 Last week, 19-year-old Myles Jabateh died of gunshot wounds he sustained while sitting on a front stoop in the Crown Heights neighborhood in Brooklyn with friends. The shooting took place in broad daylight at 4:55 pm on September 30 when two men opened fire on the group, striking Jabateh in the head. He was immediately rushed to Interfaith Medical Center and later transferred to Maimonides Medical Center where he died of these wounds.

A suspect, wearing a black hoodie, light-colored jeans with holes at the knees, blue sneakers with blue laces, and a surgical mask, was captured on security camera footage carrying a black bag. The

footage later shows the man pulling a gun out of the bag and firing several shots. The shooter was last seen running west on Prospect Place and has not yet been found. Police are asking anyone with information to call the CrimeStoppers number at (800) 577-8477.

A few days later, a 22-year-old man was shot in the chest at the Albany Houses nearby. He was pronounced dead at Kings County Hospital.

The Uptick in Violent Crimes in Brooklyn Blamed on Multiple Things

Brooklyn has seen an uptick in violence and shootings over the past year. As residents emerged from months of pandemic isolation, New York City began to experience some of the worst gun violence it had seen in decades.

In the meantime, the police, the mayor, politicians, and criminologists have all had their own varying theories on the reason. Police have consistently blamed changes in bail laws, the criminalization of chokeholds, as well as the release of prisoners from city jails. However, only a small percentage of those released have gone on to be rearrested on weapons charges.

This past August, residents and local activists marched from the Cooper Park Houses in Williamsburg to Green Central Knoll Park in Bushwick, hoping to call attention to the need to reclaim local public places from violence. Many activists have been calling for more outreach and support, not more policing.

Because so much violence is gang-related, some feel that former gang members can be especially instrumental in coming out to speak up against gun violence and mentor young people who are particularly at risk.

As we well understand, violence and justice have strong parallels with poverty. Many poor defendants, particularly those of color, have remained behind bars without even being convicted of a crime, awaiting trial because they simply can’t afford bail. Some have languished there for years.

Bail reform legislation was passed in April of 2019 when pretrial release was mandated for those who were accused of violations, misdemeanors, and nonviolent felonies. But many opposed this, blaming it for new crimes.

Consequently, a year later, the New York legislature amended the law, adding back charges such as second-degree burglary, vehicular manslaughter, and other charges that had been covered under the original reforms. The amendment also enables judges to set bail in cases where it would not normally be required.

While the causes and answers to gun violence are not simple ones, one matter of the law remains consistent. Anyone charged with a crime in New York has the right to be represented by an attorney.

If you have been charged or accused of a crime in New York City, we may be able to help. Contact the skilled NYC criminal defense lawyers at Bukh Law for a free consultation.